Dubai is the second largest and the most populated emirate of the UAE. The capital of the emirate is called Dubai as well. It is the largest city in the Emirates, which is located on the coast of the Persian Gulf, northeast of Abu Dhabi, the capital of the United Arab Emirates. The settlements of people on the territory of modern Dubai were since the 800’s. Dubai has long been known as a commercial port. In the early twentieth century, Dubai was a small port city, but after the discovery of large oil reserves in the region, in the 60s of the last century, it began to develop rapidly. The main direction in its development is tourism. In this regard, Dubai has far surpassed many of the world’s famous tourist areas. The leisure time activities in the UAE are superfine! Here everything is done for the tourists to be at ease, and those, who are on a business trip, are not bored either. The most modern comfortable hotels, beaches, restaurants, shopping complexes together with a wonderful climate and national colour of the east, constantly attract a huge number of tourists.

In general, the climate here is almost perfect, except for a hot summer. The average summer temperature in Dubai ranges between + 35-45 ° C, rarely rises to + 50 ° C. The average winter temperature is + 18 ° C. It often rains from December to January, but if you rent a car in Dubai, you will be able to see all the sights of interest with comfort even in rainy winter. For tourists, Dubai is especially attractive from September to May.

Let us now describe the best places to visit in Dubai if you are on a business trip. 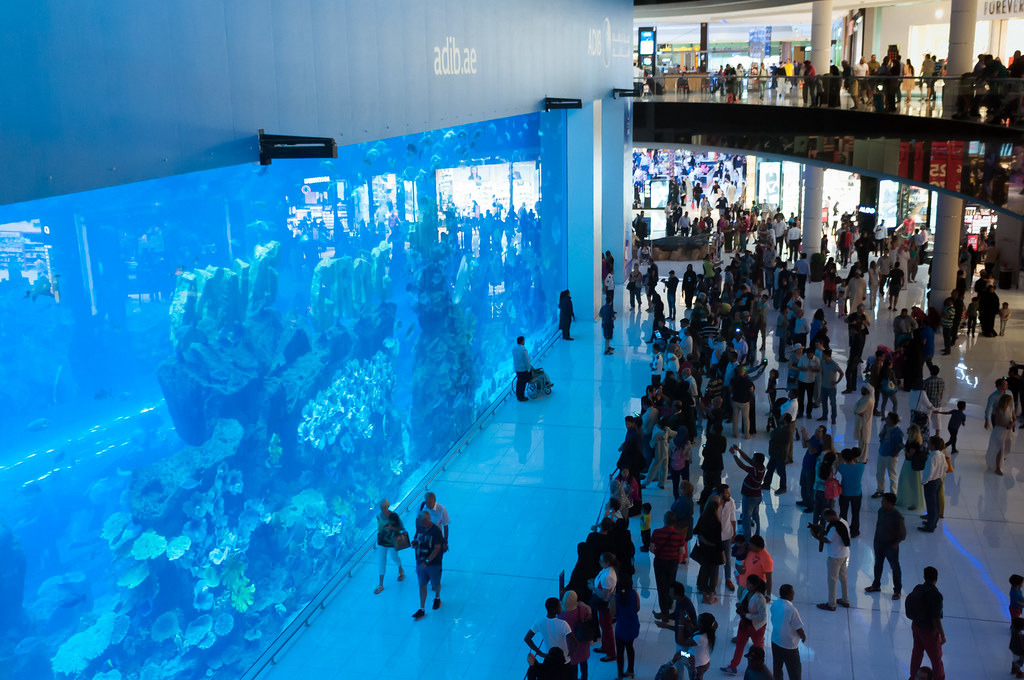 Recreation, entertainment and shopping in Dubai are set on a grand scale. One of the most popular districts of the city is Dubai Marina. It attracts not only visitors, but also the locals. There is a stunning beach with a beautiful panorama, a huge number of hotels, banks, shopping centers, as well as yacht berth, where anyone can rent a snow-white yacht and sail along the coast.

The most modern and fashionable district is the Bur Dubai. Here you will see countless shops offering the most chic and exclusive products of the world brands and the office centers, in which almost every day the international meetings take place. The Dubai Bar is a thriving commercial and financial center, which is important on a national scale.

The Bastakiya district is able to transfer its visitors to the near past times of Dubai. There are many restored buildings, art galleries, bazaars and small cozy cafes. The main attraction is the wind tower, which was used to cool the living quarters even before the appearance of electricity.

In the Downtown Dubai district, the highest skyscraper in the world (Burj Khalifa) is situated. Its height is 828 meters. Here, at more than 160 floors, the office centers, luxury apartments, restaurants, fountains and an observation platform are situated. Moving between floors is possible by changing one elevator to another. In this modern district, the largest entertainment center in the Middle East is located. Its area is comparable to the size of 50 football fields. It includes thousands of shops, entertainment places, cinemas, cafes and the world’s largest “gold souk”. In addition, there is an aquarium with an impressive displacement of 10 million liters. Inside it, a transparent tunnel is built for the visitors, from where you can observe the life of thousands of marine inhabitants. 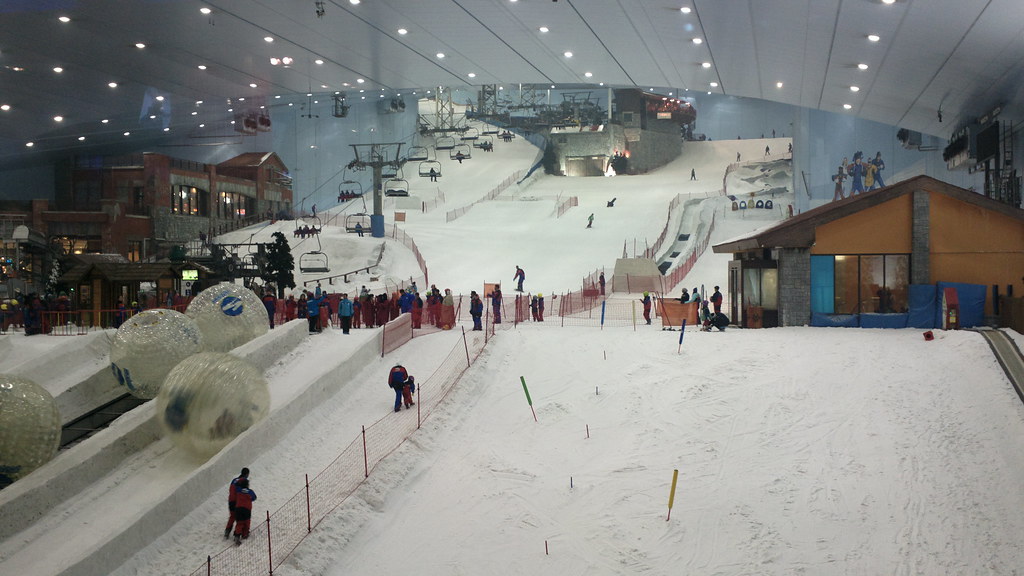 This is one of the largest indoor ski center in the world. The special outfits constantly produce tons of snow, which covers the tracks of any complexity by 50 centimeters-layer. Escaping from the heat, you can ski, snowboard and even sled here. The temperature is maintained throughout the year just a bit below zero, and along the tracks, fir trees are planted. Not far from Ski Dubai is the Mall of Emirates. Inside it, on the area of 12 thousand square meters, there is a huge hypermarket Carrefour, 14 cinemas and the fashionable hotel Kempinski.

In addition to high-rise buildings and huge aquariums, Dubai has one more unique attraction. These are the artificially created Palm Islands and ‘The World’ archipelago, consisting of hundreds of islands, which are having the contours of the continents. For the richest people in the world, a 320-meter seven-star Burj Al Arab hotel was built in Dubai. The magnificent building was built in the shape of a sail. It is located on an artificial island in 280 meters from the mainland, which is connected by a road bridge. In Dubai, such places like the colorful eastern markets and bazars do still exist. There you could buy all kinds of spices, odorous gums, inexpensive gold jewelry, carpets, hookahs and coffee pots, cotton and silk fabrics. In the coffee houses, you can taste real Arabic coffee, national hot bread and sweets.

Keep in mind that the laws in Dubai are strict and they are zealously guarded by the local police.

Modern Dubai is a city that harmoniously combines antiquity and modernity. Try not to miss an opportunity to see this amazing place on earth, where a truly earthly paradise was created on the deserted shore.

Build A Career With The Reliability Of Banking

What do you think? Cancel reply